The Quiz Club had a very successful year with 2 teams, made up of children from years 3, 4,5 and 6, representing the school at the local area Quiz heats. The teams came first and third, with the winners representing the school at the National semi-finals. Schools came from as far away as Dorset and Devon for the semi-finals which we hosted. Our children played brilliantly and came first so our team then went on to the National Finals hosted at Oxford University Natural History Museum.

The team played against 12 other teams from across the whole of the UK and in a thrilling National final St. Swithun Wells came second.  What a fantastic achievement for our children who played so well. 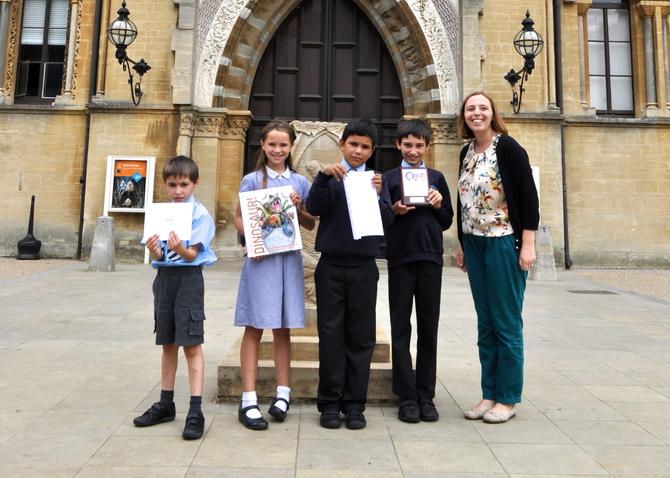 Our winning team with their second place trophy and prize.